From the story of childhood to the sweet proposal, we loved working with our recent couple Justin and Marissa! We asked them a few questions after the big day, here is what they had to say:

Q: Tell us the story of how you fell in love?
A: Justin and I met when we were just 15 years old, in Spanish class, during Freshman year of high school. Justin had a girlfriend at the time, but my best friend/sister Emily was in the class with me, and before I knew he had a girlfriend I told her he was definitely my “first high school crush” and that h e smelled amazing! We didn’t really begin to talk until sophomore year advisory where we sat next to each other. I texted him an invited him to a friend’s sweet 16 and it was just forever after that. He says I sealed the deal when I cleaned toasted marshmallow off his brand new shoes at that party because I was terrified his mom would hate me for ca using him to mess up his new shoes. I feel like I fall in love with him all over again everyday. We truly grew up with each other, and have grown to love each other even more.

Q:  How did Justin Propose?
A:  Justin proposed to me on the old bridge in Kimmswick in the middle of the Apple Butter festival. He managed to plan it with another best friend of mine, Cailyn, and Emily. He had actually managed to drop the ring onto the middle of our bedroom floor, and I found it that morning and shoved it into the pocket of a pair of his shorts right by it, thinking it fell out of them, and he spent nearly a half hour tearing the house apart looking for it because it did not belong in those shorts. I kept asking him what he was looking for. He is such an awful liar her literally said, “nothing” and kept pulling cushion s off the couch. It was true Justin fashion, and I would not have it any other way.

Q: Where was the dress purchased from?
A: The Bridal Shoppe.

Q: What were your wedding colors?
A: Our colors included a mix of dark hued fuchsia, teal, purple, and grey/black. That sounds weird, but I promise it all came together beautifully!

Q: Who made the cake and catered?
A: Harter Bakery, and our caterer was Pappy’s Smokehouse.

Applause Weddings is so much more than just a DJ service. With a Round of Applause package we also include videography, photobooth, uplighting, and a custom monogram. With such a great bundle deal, our goal is simplify the planning process for you as well as we can!

← Recipe for Success An "Office" Wedding → 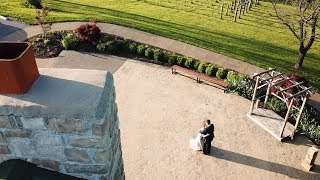 Jonathen and Chelsie had a beautiful wedding day at Haue Valley, such a cute story of love! Q: Tell us the story of how you fell in love? A: We both auditioned in 2011 for a world class colorguard organization and received contracts. We both danced for the 2012 season...

END_OF_DOCUMENT_TOKEN_TO_BE_REPLACED 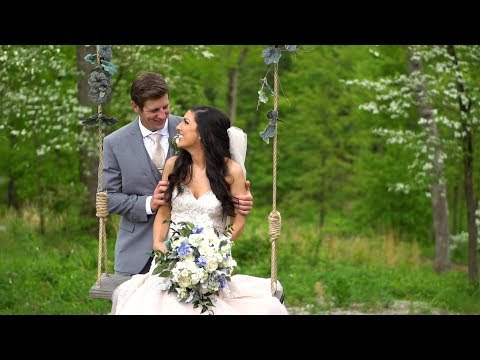 Ryan and Hannah had a beautiful wedding day at The Silver Oaks Chateau! We were so happy to be a part of that, we wanted to follow up with them about a few questions for new brides in the planning process! Q: Tell us the story of how you fell in love?A: We met when we...

END_OF_DOCUMENT_TOKEN_TO_BE_REPLACED

“I’d say my favorite thing about him is how much he loves me and our girls! He’s always doing something sweet and surprising. I’m pretty lucky!" Going to The Barn at Lone Eagle Landing with Becca and Zack was an absolute pleasure, and we wanted to share a little of...